TRANSLATION TRIVIA - SMALL ERRORS?! NO. A COMPENSATION FOR MEDICAL NEGLIGENCE.

Knowing how to read or how to speak a foreign language is not the same as knowing how to translate or interpret to and from it. Translation and interpretation are special skills that professionals work hard to develop.

In the book «Found in Translation», Nataly Kelly and Jost Zetzsche reveal the surprising and complex ways in which translation shapes the world we live in. Translation is omnipresent in everything we do and everywhere we go, from sacred books, to storm warnings, to poetry and peace treaties. Translation spreads culture, fuels the global economy, avoids wars, and several examples included in the book illustrate how translation plays a key role in Google, Facebook, NASA, the United Nations, the Olympics and more.

But like in so many other professions, the importance of a good translation or interpretation becomes more obvious when things go wrong and when we can see or even feel the high risk that this work can represent.

This was exactly what happened when, in 1980, Willie Ramirez, then 18, was admitted to an hospital in Florida in a coma. His family tried to describe the incident to the medical team, but as they only knew how to speak Spanish, a bilingual staff member was asked to intervene to “translate” the incident.

A professional interpreter would have known that when the family said Willie was "intoxicado" in Spanish, the closest translation in English would be "poisoned" and not "intoxicated" as translated by the "bilingual employee-interpreter". This immediately prompted doctors to consider this as a situation of drug or alcohol use. So, while the family tried to explain the doctors that their son was suffering from food poisoning, the team thought he was suffering from an intentional overdose caused by drug use. In this impasse, Willie suffered an intracerebral haemorrhage and, due to the delay in treatment caused by the work of the “interpreter”, became quadriplegic.

In the end, the hospital was ordered to pay $ 71 million dollars in medical malpractice compensation as a way to compensate for the permanent damage! 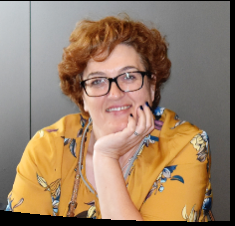 Latest posts by Paula Ribeiro (see all)
OUTSOURCING: A SOLUTION OR A SOURCE OF CONCERN? Prev post
DIGITAL PLATFORMS: THE NEW REALITY FOR BUSINESSES Next post